Dual ESP production systems are capable of pumping reservoir fluid from two separate zones simultaneously in the same wellbore. This enables operators to isolate and measure production from two separate zones in multizonal completions. A modified version of the same basic technology can be used to inject fluid into one zone and produce from another in the same well. This enables operators to enhance returns by using water flood techniques without having to drill a separate offset well.

The Dual ESP system deploys two electrical submersible pumps (ESPs) at different depths in a wellbore. Each zone is isolated so that the operator can monitor and control production independently. The system includes all packers, Y-tool or other splitting equipment, and pumping, downhole power, motor, and auxiliary components. The Dual ESP system is available in two configurations:

The injecting-while-producing system uses one downhole pump to force fluid into one formation and an ESP to produce fluid from a second zone. This single-bore water-flood solution maintains downhole pressure to reduce cycling and recover more oil in struggling wells. The injecting-while-producing system can inject from an upper zone and produce from the lower with the aid of isolation packers, or it can inject in the bottom zone and produce from a zone higher in the well. 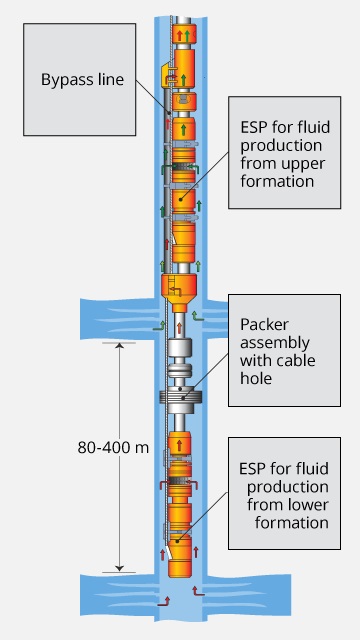 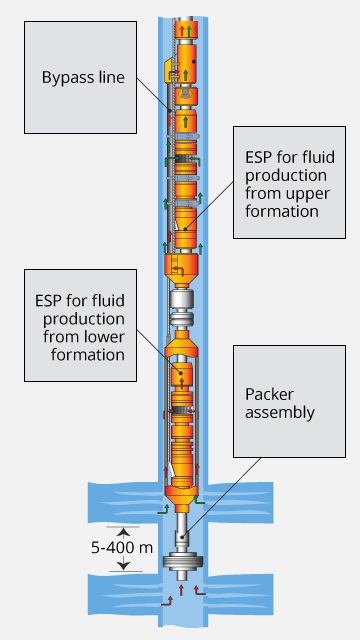